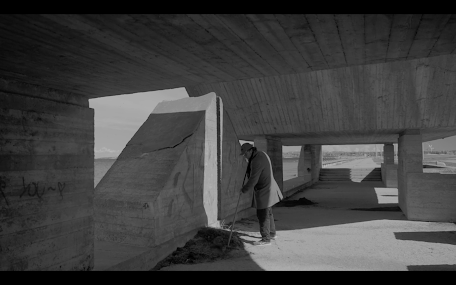 A Mole, Larger in Size Than Ever Seen Before 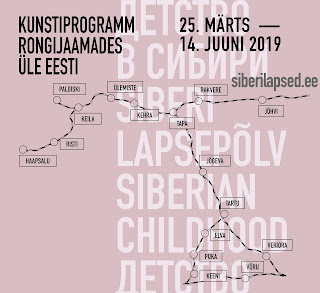 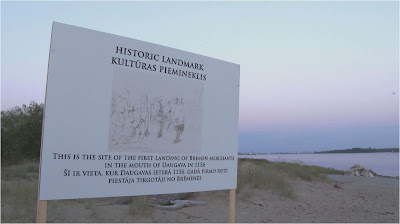 Still from the video "The Mouth of Daugava" (Tanel Rander, 2018)

The Mouth of Daugava

Friedrich Ludwig von Maydell (1795 – 1846) was a Baltic-German artist, based in the region that is now known as Estonia. He produced series of graphic works that depicted the history of Germans in the eastern shores of the Baltic sea. Those works were published in albums, titled as “Fifty Images from the History of Russia’s German Baltic Provinces”. Here you are witnessing one of these albums, borrowed from the collection of the Art Museum of Estonia. More precisely, you are witnessing the work that the artist depicts as the starting event of the history of the Baltic states – “First Landing of the Bremen Merchants at the Mouth of the River Daugava. 1156” (1839).

Most of all, this work speaks about the gaze of the artist as the subject of the modern era, also as the member of the privileged class in the society based on slavery. This gaze over the history is similar to the numerous images that depict the landing of Christopher Columbus in the Caribbean islands. Maydell portrays the encounter between the Bremen merchants and the local natives as the act of trade. The image contains some details that refer to the elements known from the history of European colonialism. Please find these elements from the image and read the explanations added by me.

The area around the mouth of Daugava should be preserved as public space and the site should be celebrated as the historical landmark of colonial history in the Baltics. 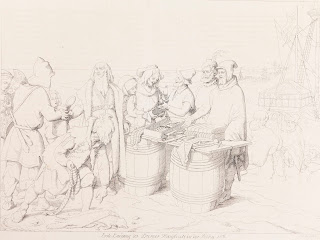 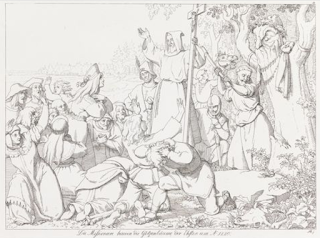 A MOLE, LARGER IN SIZE THAN EVER SEEN BEFORE 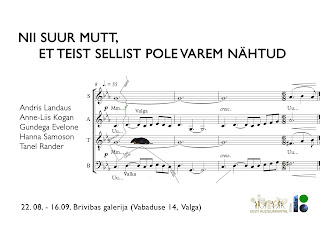 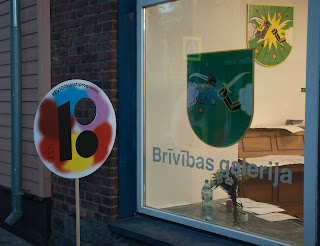 Brīvības galerija
("brivibas" in Latvian = "freedom" in English)
Art space and research project
From April to October 2018 it was located at
Vabaduse 14, Valga/Valka,
the border town between Estonia and Latvia.
("vabaduse" in Estonian = "brivibas" in Latvian)

The building at Vabaduse 14, Valga is where the family of Hella Wuolijoki and Salme Dutt used to live in the late 19th century. 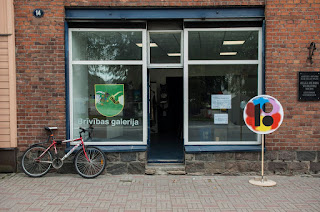 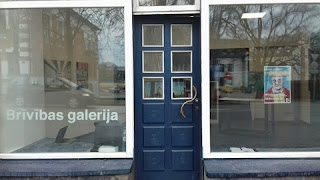 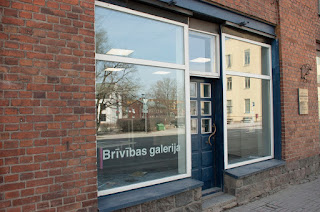 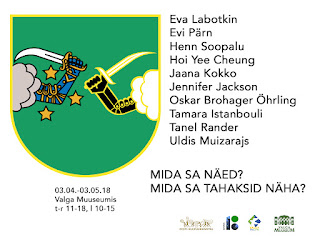 The exhibition “What do you see? What would you like to see?” is part of the collective artistic research “100 poplars” that is based on exhibitions, events and artist residencies in Valga. The exhibition is focused on identity creation and brings together perspectives and viewpoints of locals and outsiders. During the time of construction of the new central square that would unite Valga and Valka it is appropriate to think about developing the idea of the united city also in other contexts – in human relations, institutions, general mode of life. The global capital abolishes borders and generates the new ones. Art, in the other hand, has potential for autonomy in respect of the global capital. Therefore this exhibition calls up people to think of a united city by using artistic approach, intervention and activism.
“What do you see? What would you like to see?” is part of the trilogy, comprised of three exhibitions in three different locations. Simultaneously with this show a brand new art space – Brīvības galerija, located in Vabaduse 14, Valga (30 meters from the museum) – will open its doors to present Alexei Gordin's solo show “Weird feeling”. Gordin's exhibition speaks of an unstable position that artists have under the influence of contemporary art and art market. Brīvības galerija itself is an art project and brings up a rhetorical question – would the united city Valgka need an art gallery? Besides this, the third exhibition will be opened in the middle of April. On 11th of April German/Polish artist and activist Michael Kurzwelly will open his exhibition in Valga Cultural Center. The show introduces his continuous initiative “Slubfurt” that is based in Frankfurt Oder/Slubice, located at the German-Polish border. Slubfurt as a united city might inspire the people of Valga/Valka in working out a united city, therefore local people are called to join public workshops and discussions during Kurzwelly's 3 week residency.
The exhibition is supported by Center for Contemporary Arts Estonia and their Estonia 100 art program “Comers, Goers and Stayers – the histories of Estonian communities”.
Thank you Anna Laganovska, Helen Elbrecht 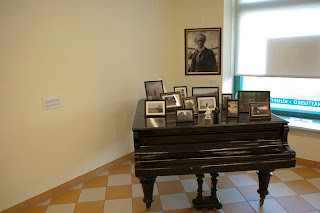 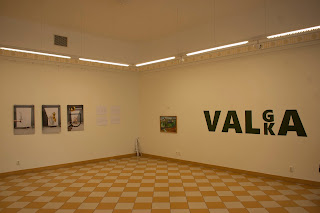 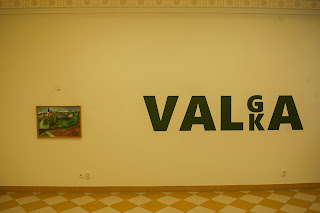 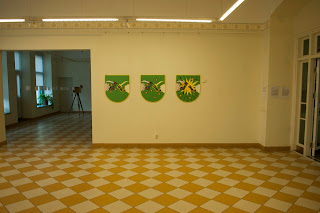 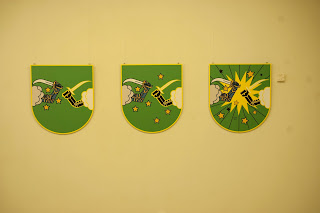 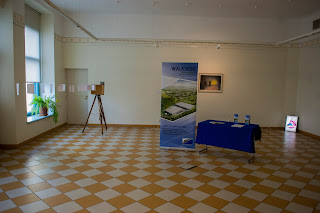 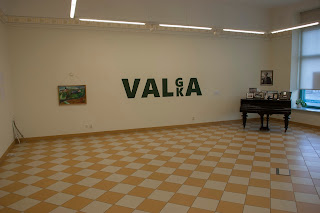 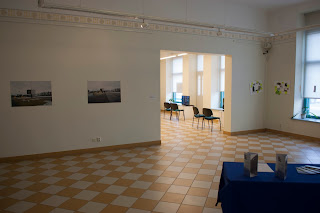 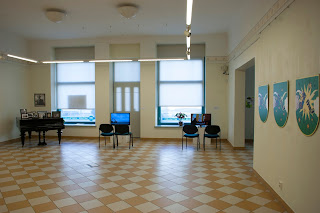 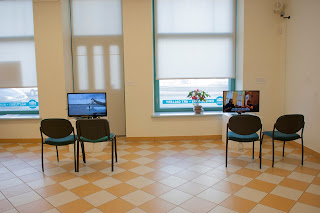 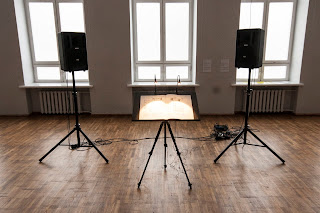 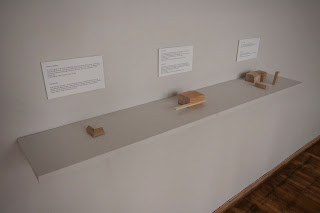 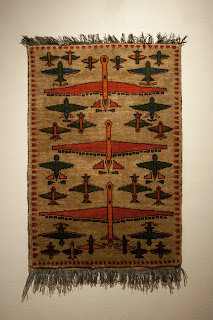 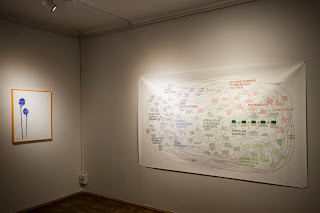 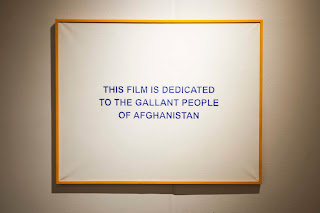 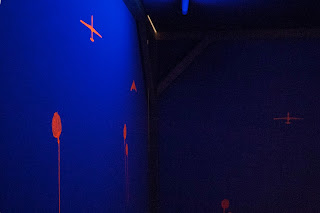 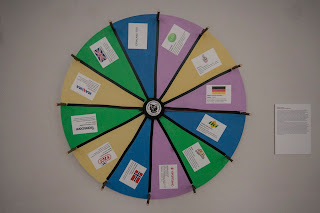